Imagine a 25-year-old woman who is pregnant with her first child and living in Chapel Hill, North Carolina. Let’s say that during her pregnancy, the woman develops pre-eclampsia—a condition marked by high blood pressure. There’s a good chance she’s receiving her obstetric (OB) care in the UNC Health system, where her providers will monitor the condition and deliver the baby at the appropriate time.

Now imagine that five years later, that woman moves down the road to Durham, NC. At a routine checkup with her new doctor in the Duke Health system, she’s found to have high blood pressure.

Unless the woman thinks to tell her doctor about the pre-eclampsia, or the doctor takes the non-routine step of reviewing her OB records, this important part of her medical history may go unnoticed.

A knowledge gap like this is not unique to Duke and UNC.

“It’s not unusual for women to give birth in one health system and later receive hypertensive care in another system,” says Melissa Daubert, MD, a Duke cardiologist who specializes in women’s cardiovascular health and the burgeoning field of Cardio-OB.

But this kind of knowledge gap could have serious consequences, according to the results of a study led by Daubert as principal investigator, in collaboration with researchers at UNC-Chapel Hill.

The study has revealed that women with hypertensive complications in pregnancy (such as pre-eclampsia) are at far higher risk for heart disease later in life, and that the current guidelines for postpartum blood pressure screening are inconsistent.

“Our question was, ‘How are these women being cared for?’ That’s an area that hasn’t been well studied,” says Daubert, who is an Associate Professor in the Duke School of Medicine.

She and her team collaborated with a UNC-Chapel Hill team led by Rachel Urrutia, MD, MPH, aided by funding and data resources from the Carolinas Collaborative and support from Duke CTSI. They analyzed more than a decade’s worth of medical record information to find out if women who experienced hypertensive complications during pregnancy received blood pressure screening postpartum, to assess the long-term risk to their cardiovascular health, and glean insights that could help improve the guidelines for care. 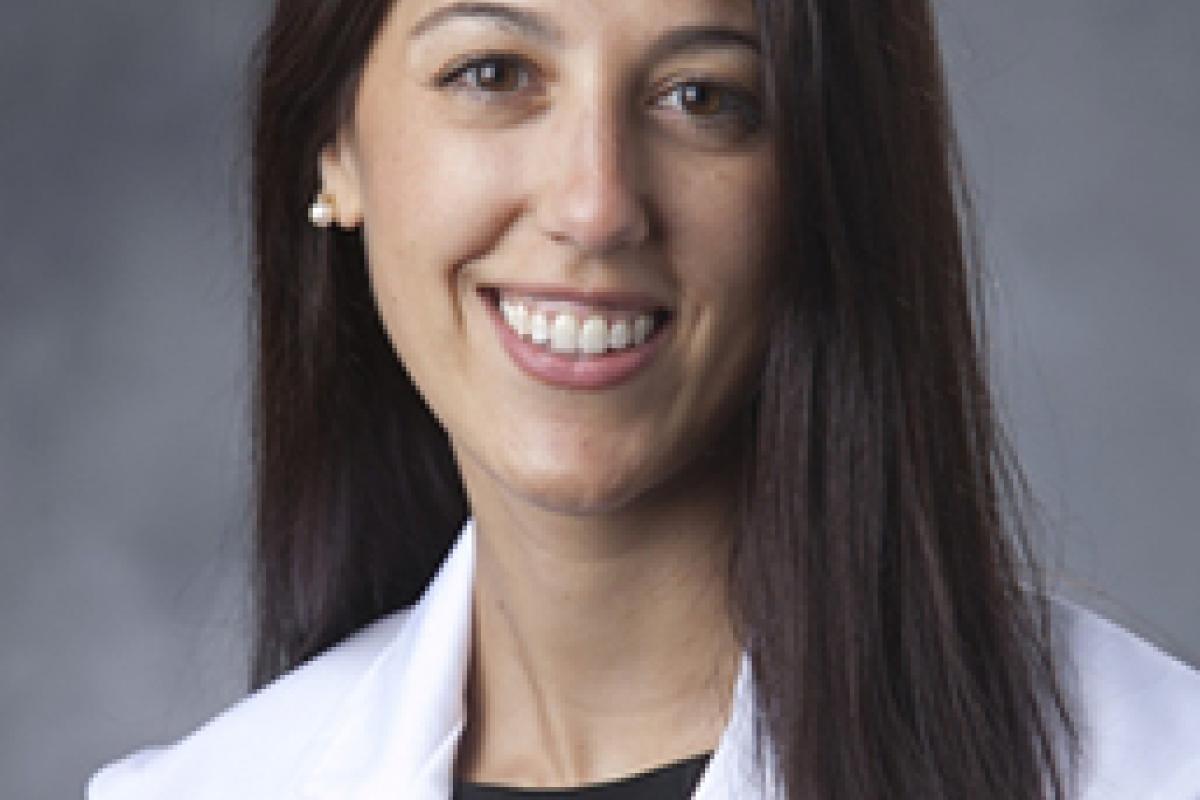 Utilizing data from both Duke and UNC, made shareable by the Carolinas Collaborative, one of the Clinical Data Research Networks (CDRN) in which Duke participates, Daubert and Urrutia found that nearly 46% of the women in their study cohort—all of whom experienced hypertensive pregnancy complications—had developed high blood pressure, prediabetes, diabetes, or another cardiovascular risk factor within five years.

They also found that only one-third of the women had a blood pressure check within a year of giving birth.

“These are really eye-opening findings,” Daubert says. “Women who have hypertensive complications of pregnancy develop heart disease later in life at a much higher rate than other women, and a significant portion of these high-risk women develop heart disease risk factors as early as 5 years after giving birth, which makes screening and close monitoring critical. Unfortunately, only a fraction of these women are getting screened in the in the first year after giving birth.”

“Dr. Daubert’s study reflects some of the key benefits of leveraging electronic health record data to address important clinical questions,” according to Janis Curtis, Associate Director of the CDRN program at Duke CTSI. “This includes the ability to identify potential gaps and differences in treatment patterns for various racial groups.”

Curtis also noted that through the Carolinas Collaborative CDRN, the study was able to find more than 7,000 Duke patients who met the inclusion criteria—a crucial dataset. (This data was de-identified, meaning all information that could distinguish an individual had been removed.)

The study crystallized a major issue Daubert had come to suspect as a practicing cardiologist: Despite a clear link between pregnancy complications and heart disease, there is a lack of robust guidelines and systems for screening and following up with women in this high-risk group.

Daubert and Urrutia plan to publish their findings soon, and use them as a springboard to explore interventions that can fill the gaps they’ve identified.

Given the hectic nature of parenthood, especially in the first few months, one of the key goals is taking the burden off of individual women to track their cardiovascular health, and instead make it systematic process, leveraging the electronic medical record.

“We need to automate and facilitate the follow-up care of these women,” Daubert says. “It should be codified in the guidelines that women should have at least one blood pressure check within a year postpartum. We hope that the Duke and UNC health systems can be a model for this preventive care.”

They also hope to influence policy, such as extended postpartum insurance coverage, and work to educate both patients and providers on the importance of knowing the full Cardio-OB health picture, which includes knowing the implications of the hypertensive complications of pregnancy on future cardiovascular risk.

“There is now more recognition that this is a problem and this study moves us closer to solutions,” Daubert says. “The goal is to prevent or reduce the long-term consequences of the hypertensive disorders of pregnancy.”

A retrospective study like this needs more than funding and data to succeed. As a Carolinas Collaborative awardee, Daubert also received expert project management from CTSI Accelerator to shepherd this work from initial design to IRB approval, data analysis, and completion.

Lisa P. Davis, PhD, MSPH, Director of Special Projects at Duke CTSI, served as Project Leader, and provided project management and infrastructure from start to finish, including the financial oversight, timeline management, and regulatory and operational knowledge that any research project entails.

“It was a wonderful experience working with Dr. Daubert and her team to advance this research,” says Davis. “The team has successfully secured follow-on funding, and it will be so exciting to the see the next phase of the project. Many pregnant women will benefit from this research in the future.”

Dr. Daubert was awarded an Innovation Grant from the Duke Clinical Research Institute based on this initial work and also plans to apply for a PCORI grant to continue research on optimizing health in women affected by the hypertensive disorders of pregnancy.