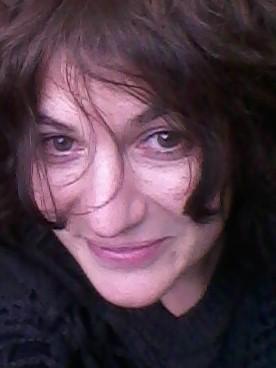 Susanna Caviglia took her degrees at the Sapienza University in Rome and the Pantheon-Sorbonne University in Paris. She teaches courses on Early Modern Art and Visual Culture. Her research interests focus on French and Italian Art in the long Eighteenth century, Early Modern theory and practice of drawing, representations of the body in art, and cross-cultural relationships within the Mediterranean world. She is the author of Charles-Joseph Natoire, 1700-1777 (2012) and History, painting, and the seriousness of pleasure in the age of Louis XV (2020), and the editor of L’événement “tragique” aux époques moderne et contemporaine: définition, représentations (with Michel Cassan, 2009); Le prince et les arts en France et en Italie, XIVe-XVIIIe siècles (2011); and Body Narratives: Motion and Emotion in the French Enlightenment (2017). Before joining Duke University, Professor Caviglia taught at the University of Limoges (France) and the University of Chicago. In France, she acquired curatorial expertise working at the Centre Georges Pompidou, the musée Condé in Chantilly the musée du Louvre, and the musée des Beaux-Arts in Nîmes. She is currently working on two new books. The first project, with Niall Atkinson, is tentatively entitled Wandering in Rome: French travelers and the image of the early modern city and investigates the aesthetics of wandering that constituted the experience of Rome for Early Modern French travelers. The second project, tentatively entitled Representing the other: French encounters with Rome and Istanbul (1669-1775), analyzes the way in which French visual and cultural production mediated and made sense of newly constituted cultural and racial differences within the Mediterranean as a means to institute a politics of ritual statecraft during the long 18th-century. Professor Caviglia is the Editor-in-Chief of the series The Body in Art (Brepols) and the Field Editor for 18th-century art for caa.reviews