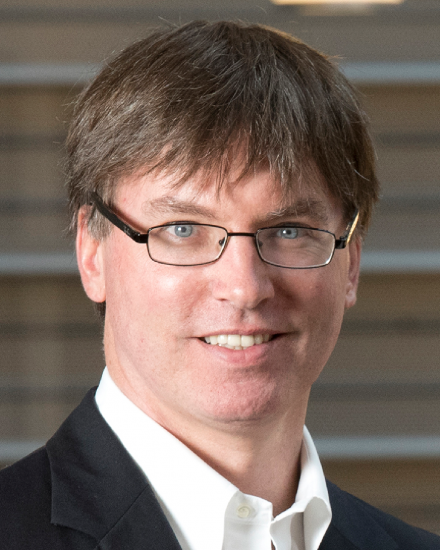 Professor John E. Dolbow came to Duke University from Northwestern University, where he received an MS and PhD in Theoretical and Applied Mechanics. During the course of his graduate study, John was a Computational Science Graduate Fellow for the Department of Energy, and he spent a summer working at Los Alamos National Laboratory. Dr. Dolbow's research concerns the development of computational methods for nonlinear problems in solid mechanics. In particular, he is interested in modeling quasi-static and dynamic fracture of structural components, the evolution of interfaces with nonlinear constitutive laws, and developing models for stimulus-responsive hydrogels. A native of New Hampshire, Dr. Dolbow received his Bachelor's Degree in mechanical engineering from the University of New Hampshire.