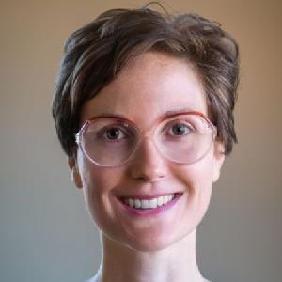 She received her B.A. in Art History from Manhattanville College, New York. She completed her M.A. in Art History from Hunter College, New York. There she wrote her master’s thesis, titled Mike Kelley and Cady Noland, on the disorienting late eighties and early nineties installations of L.A.-based artist Mike Kelley (1954-2012) and New York-based artist Cady Noland. Her thesis focuses on the contradictions and hypocrisies of North American culture brought to light by their art. Before entering the doctoral program at Duke, she held positions at the Guggenheim Museum and The Studio Museum in Harlem in New York.