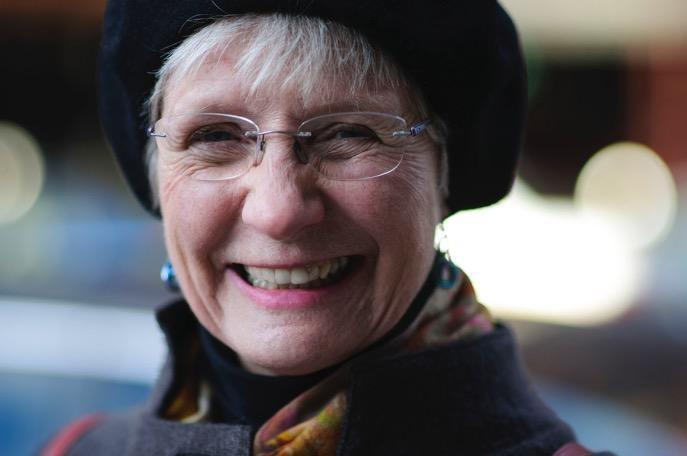 https://scholars.duke.edu/individual/per8492642
Caroline Bruzelius is the Anne M. Cogan Professor of Art, Art History, and Visual Studies at Duke University. She is a member of the American Philosophical Society, The American Academy of Arts and Sciences, and a Fellow of the Society of Antiquaries, London, and the Medieval Academy of America.  Bruzelius received her Ph.D. from Yale University. She was awarded the Duke Alumni Distinguished Teaching Award in 1985 and in 2016 was given the Leadership award for the Wired! Lab at Duke. From 1994-1998, she served as the Director of the American Academy in Rome.  In 2013-2014 she was the Richard Krautheimer Visiting Professor at the Hertziana Library/Max Planck Institute in Rome.

Her field of research is Gothic architecture, urbanism and medieval sculpture in France and Italy.  Her books include: Preaching, Building and Burying: Friars in the Medieval City (Yale University Press, 2014); Medieval Naples (with William Tronzo), Italica Press; The Stones of Naples: Church Building in the Angevin Italy, 1266-1343 (Yale University Press, 2004); The Thirteenth Century Church at Saint Denis (Yale University Press, 1985), The Brummer Collection of Medieval Art at Duke University (1991), and The Abbey Church of Longpont and the Architecture of the Cistercians in the Early Thirteenth Century (1977).  She is presently working on a new book, The Cathedral and the City, that will examine the social, political and economic context for cathedral building.  She has also published numerous articles on the architecture of religious women ("Nuns in Space,") and Digital Technologies in Art History.

"My work takes me from the tops of buildings (see photo) to the foundations underneath and to all parts in between.  I am interested in how we can understand the construction process of buildings that were created many centuries ago, and how their design and appearance reflected social, economic, and religious practice.  The rigorous study of structures and walls and the historical documentation in archives are the points of departure for narratives on the shaping of man-made space and its significance."

"The remarkable capacities of digital modeling and mapping have greatly enriched the ways in which we can engage with the constantly changing and evolving lives of buildings and cities."   At Duke, Bruzelius and a group of colleagues have integrated these new technologies into teaching and research projects that involve students at all levels (from freshmen through Ph.D. candidates) in creating digital models, maps, databases and interactive displays that enhance our understanding of historical monuments and their decoration.  Bruzelius is a co-founder of Wired! (http://www.dukewired.org/), a group of faculty that integrate digital technologies into teaching and research (3D modeling, mapping, animations, laser scanning, interactive displays). She is also a co-founder (with Donatella Calabi) of Visualizing Venice (http://www.visualizingvenice.org/), an international collaboration that models growth and change in Venice over time (the partner universities are Venice and Padua).  With a team of research collaborators, she created The Kingdom of Sicily Image Database, a search tool that collects and catalogues historical images (often produced during the Grand Tour) of the medieval monuments of the Kingdom of Sicily (the database will be imminently online).