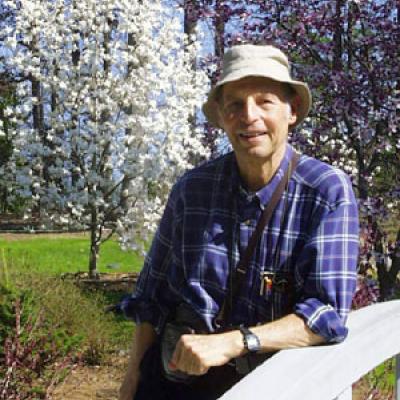 BSC and PhD, University of Geneva

A low-temperature experimentalist, Meyer studied the properties of fluids near their liquid-vapor critical point, particularly Helium-3 and Helium-4, with NASA support. His graduate student, Robert Richardson, shared the 1996 Nobel prize in physics for work on superfluidity in Helium-3. Awarded Duke University medal in 2014. The iconic Asian bridge in Duke Gardens is named for him.