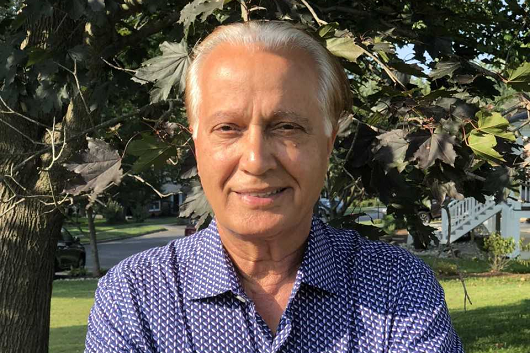 Center on Addiction and Behavior Change

Dr. Revani's research and teaching interests have been primarily focused on the following areas: Alcoholism: I work with "alcoholic" rats with genetic predisposition!" We use selectively-bred alcohol preferring rats as an animal model of human alcoholism for developing better pharmacological treatments for alcoholism. Recently, we are working on several novel promissing "anti-craving" compounds for the treatment of alcoholism. We are also studing the interaction bewteen alcohol drinking and nicotine intake. Nicotine Addiction: We have been studying age and sex differences in i.v. nicotine self-administration in rats. We have found that pattern of drug intake is both age- and sex-dependent. Our lab is also exploring different neuronal targets for developing better pharmacologic treatment for nicotine addiction. Sustained Attention: Another aspect of our research is studying the role of the neuronal nicotinic and other neuronal systems in sustained attention using a rodent model. We have shown, nicotine (not smoking!) and nicotinic compounds improve attention in rats. A majority of people with schizophrenia smoke and they smoke heavily. Thus, it is important to understand the interaction of antipsychotic medications and nicotine in sustained attention. This has been another aspect of our research with interesting results. Presently, we are testing novel nicotinic compounds for improving pharmacologically-impaired sustained attention.