Protecting Public Health in a Pandemic 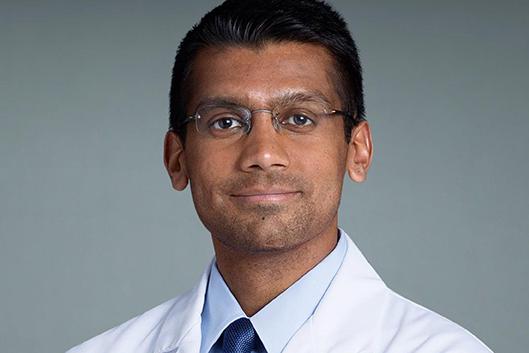 During this talk, Dr. Chokshi will discuss his vision for a health system spanning public health and healthcare delivery based on his public health experience and leadership in New York City. His talk will conclude with a candid question and answer session. This is an in-person event and is offered via Zoom: https://duke.zoom.us/j/95213109483?pwd=WUwzRzIycEtORDlDSFBqK09GTzJZdz09… Meeting ID: 952 1310 9483 Passcode: 287334 About Our Speaker Dave A. Chokshi was the 43rd Commissioner at the New York City Department of Health & Mental Hygiene, one of the leading health agencies in the world. He led the city's response to the COVID-19 pandemic, including its campaign to vaccinate over 6 million New Yorkers and served as principal public spokeperson. Under his tenure, the Health Department's budget grew to its highest level, with investment in the Public Health Corps, Pandemic Response Institute, and New Family Home Visiting program. In 2021, the Department also launched the nation's first publicly-authorized overdose prevention centers, as well as a landmark Board of Health resolution on racism as a public health crisis. Dr. Chokshi served in leadership roles at NYC Health + Hospitals (H+H) from 2014-2020, including as its inaugural Chief Population Health Officer, where he and his team transformed the largest public health care system in the country. He was also CEO of the H+H Accountable Care Organization, one of the few in the U.S. to achieve high quality and cost performance for nine consecutive years. He has been a practicing primary care internist at Bellevue Hospital since 2014, is Clinical Prof. of Population Health at NYU, and a Sr. Scholar at the CUNY School of Public Health and Health Policy. Dr. Chokshi also served as a White House Fellow at the U.S. Dept. of Veterans Affairs, where he was the principal health advisor in the Office of the Secretary. Dr. Chokshi has written on medicine and public health in a variety of publications and high-impact journals. and in 2016, President Obama appointed him to the Advisory Group on Prevention, Health Promotion, and Integrative and Public Health. He trained in internal medicine at Brigham & Women's Hospital, was a clinical fellow at Harvard Medical School, and received his M.D. with Alpha Omega Alpha distinction from Penn. He also earned an MSc in global public health as a Rhodes Scholar at Oxford, and graduated summa cum laude from Duke.