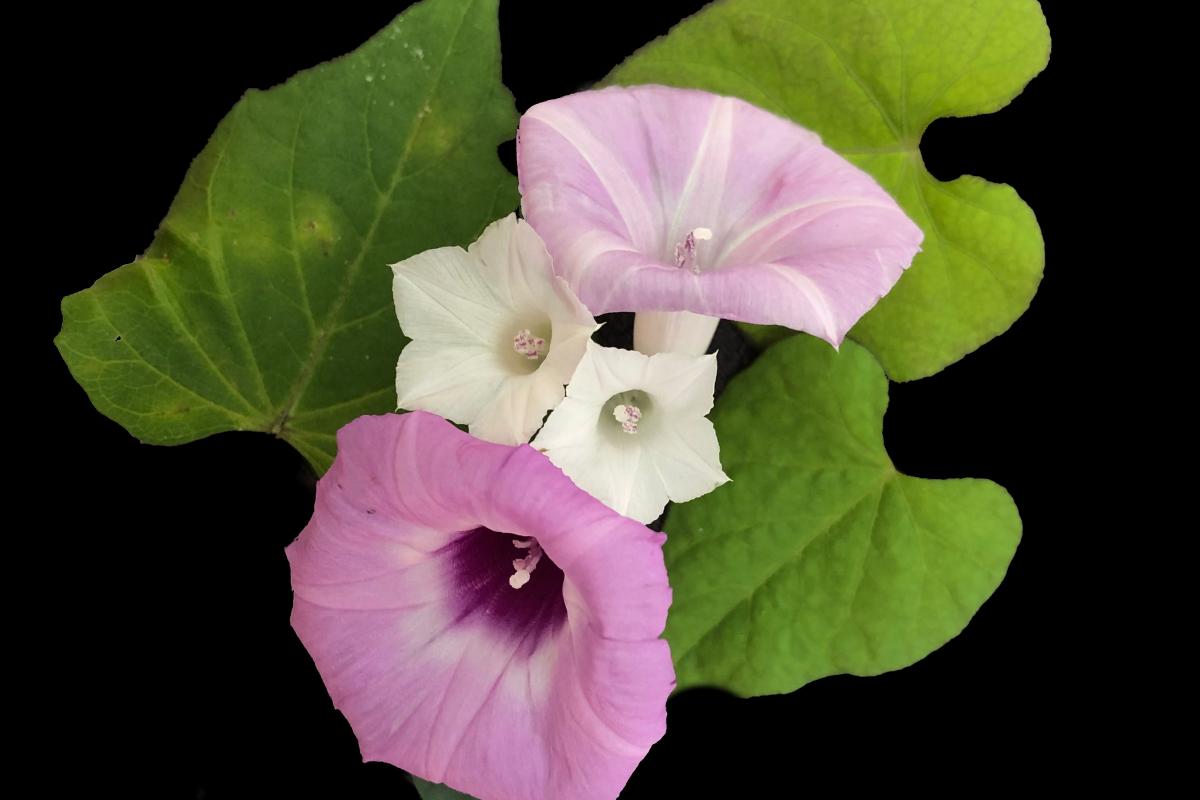 Throughout the southeastern U.S., these purple and white morning glories are splitting into separate species, and Duke biologists are studying the process in action. The researchers analyzed genetic differences where each species grows alone and within their zones of overlap, where bumblebees carry pollen from one to the other. A new study shows that the two species continue to interbreed and exchange genes, with some parts of their genomes blending and mixing less than others. The work sheds light on how genetic differences accumulate as species start to go their separate ways, despite ongoing interbreeding that can slow their separation.