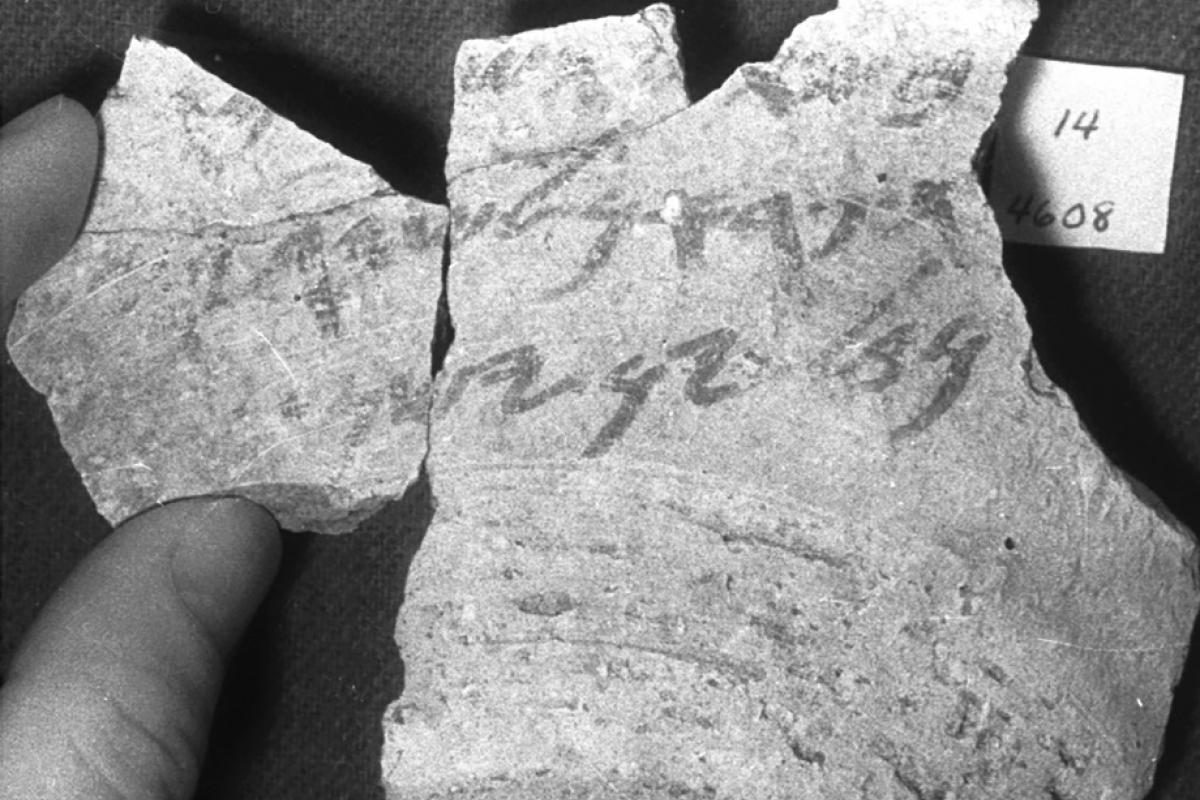 A New Look at Ancient Handwriting

Researchers have been analyzing the handwriting on these 2,800-year-old pottery fragments, with help from artificial intelligence. Duke mathematician Barak Sober and colleagues at Tel-Aviv University used a machine learning algorithm they developed to determine how many people wrote on pieces of broken pottery from Samaria, once the capital of ancient Israel. The fragments are important because they are among the few examples of handwritten texts to survive from biblical times. The team credits the 31 inscriptions to two people, both living in the city of Samaria itself, rather than the surrounding countryside -- which could indicate that literacy wasn’t yet widespread.