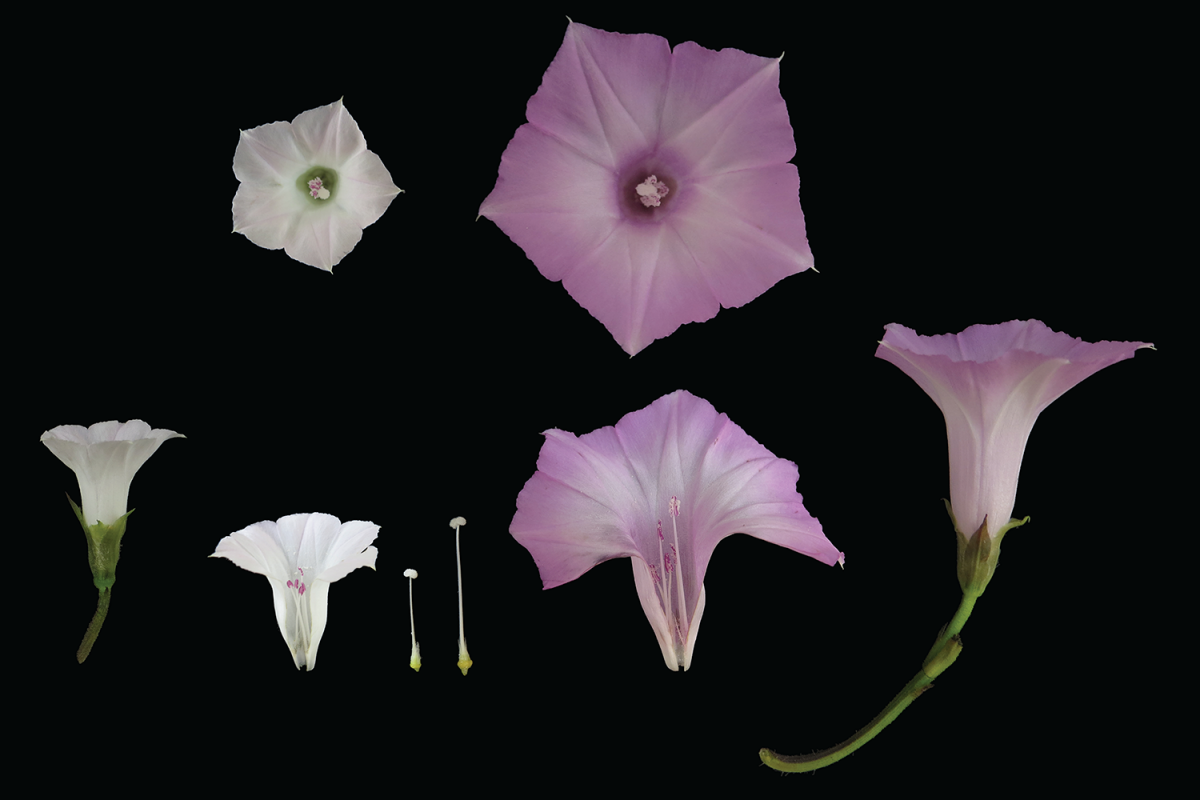 When we think of flowers, most of us picture their colorful petals, or the sweet nectar they offer insects and other pollinators. But some flowers don’t need to look good to get by. Rather than enticing an animal partner to carry pollen from plant to plant, some 20% of flowering plants go it alone, using their own pollen to reproduce. Self-pollinating species tend to have smaller flowers than their relatives, often with less color and nectar. Two new papers from Irene Liao and Joanna Rifkin of Mark Rausher's lab suggest that these floral changes evolved piecemeal, rather than in a coordinated fashion in tiny white morning glories.